ARE YOU GOING TO GET LUCKY TONIGHT?

Don't worry - it's not another one of those emails probing into your private life. I know about those. I used to get them myself, these missives imploring, demanding, begging me for the love of God to get a bigger penis. And to pick up some Viagra while I was at it. Oh the names I was called.
One day I decided enough was enough and blocked my wife's emails. But it turned out to not be her. I eventually figured out they stemmed from one night when a friend stayed over and, I'm afraid to say, must have accessed some smutty, smutty website on my computer. We have stopped being friends now.
But no, this blog post relates to my friend Bill, the sexiest man alive. Well that's what I call him now, after People magazine's Sexiest Man Alive edition. Once again, the judges overlooked me, and have yet to explain why. However, can I say that if it wasn't me I could think of noone finer for the honour than Bill, our neighbour from our Beijing apartment compound. The judges also ignored me on this point, but chose the next best thing in selecting actor Bradley Cooper. He looks a lot like Bill. 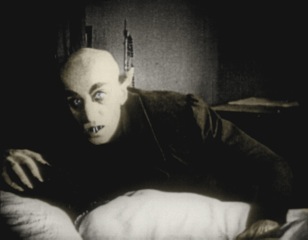 My next course of action after watching Cooper lift the trophy was to text Bill's wife Amy. I congratulated her, and suggested there'd be no "waltzing around the sex question tonight" after Bill got home from work. Hmmm? Would there now? Amy then kindly pointed out that this was none of my Goddamned business.
But I don't know about you, but I'd think if my lookalike was voted Sexiest Man Alive, which could still happen, this would create quite some excitement in married-with-children land.

I'd be skipping home with a spring in my step and whistling a happy tune, perhaps George and Ira Gershwin's "I'm Going To Get Sex Tonight".
I'd pop into the nearest betting shop on the way home and say: "Ten dollars on me getting lucky this evening please", and keep the ticket in a safe place.
If you'll allow some almost suitable sporting analogies, my having sweet lovin' that night would be like a slam dunk, or an overhead smash, or tapping the ball into an empty net.
Then I got to thinking even more. I thought of a Leonard Cohen poem I Wonder How Many People In This City. From memory, I don't think Cohen was thinking what I was thinking, but I wondered how many people in this city thought they were going to get some action at home that night. And then of course I wondered why. And then my brain got tired from all this thinking and I went and sat in an armchair and stared straight ahead for a while.
Then I thought I would throw it to the readership, to get your thoughts on the question which brings us back to the title of this post. Join in and post your comment below. It should be fun. I'm looking mostly for relationshipped men who answer in the affirmative, and the reasons for their confidence. The more preposterous and hopeful, the better, like "Because I took the garbage out tonight without having to be asked" or "Because I killed a rat". If there's one thing I know it's that women are always put in the mood for love by dead rats.
I know - the question could apply to both husbands and wives but ... well you know.
So, men, crank up your brains. We need responses to the following:
1. ARE YOU GOING TO GET LUCKY TONIGHT?
2. NOW WHY THE HELL WOULD YOU THINK THAT?
Post in the comments section below. Use fake names if you want, like Prince William of Wales or whomever.
Oh wait - women can join in too after all. Perhaps you think your man will be trying his luck tonight and has some sort of reason in his head to back it up. Women's questions are:
1. DO YOU SUSPECT YOUR MAN WILL BE BRINGING HIS NONSENSE 'ROUND YOUR KITCHEN THIS EVENING?
2. WHY?
Get writing. (Click on the headline of this post to activate the message-posting facility). And naturally, email it to as many friends as possible. Who knows - there might be a prize!
Posted by Trevor Marshallsea at 6:03 AM