THE CUTEST RESTAURANT IN TOWN

This week the Tiger Father introduces a new segment exploring the highlights of 5000 years of Asian culture and civilisation. Today we start with the mystical, often misunderstood phenomena best known to millions of devotees around the world by its two-word English name - Hello Kitty.
The Japanese-born cat was thought to have been dying a death a few years ago. In 2002, she lost her place as the top-grossing character in Japan. In 2010 she was written off as “weak” by no less a judge of soft, fluffy mute kittens as the New York Times.
But at an age when most cutesy-wutesy little things are being thrown on the scrapheap, Kitty, 38, has made a comeback thanks to China’s economic boom. Such is her popularity in China, sometimes even among children aged under 30, that China's first Hello Kitty restaurant has opened in Beijing. Before you laugh or gasp in amazement, I should point out there is an entire Hello Kitty hotel in Taiwan. And a Hello Kitty hospital. For grown-ups. In fact, it's a maternity hospital. Thousands of children have already come into the world there surrounded by Kitty paraphernalia, no doubt counting themselves lucky to have been born with a mouth.
We may end up there at another time. But I doubt it. Meanwhile here’s the restaurant.
(* Warning: The following pictorial feature should NOT be viewed by anyone with a doctor-certified affliction involving the colour pink.)
While the girls thought the whole thing was fantastic, I was prepared for the worst, wondering what sort of Kitty-shaped food and drink I was in for. However, I must say it was pretty good. I was able to have New Zealand lamb cutlets, which were delicious, and could even wash them down with some wine, which wasn't pink champagne but Australian merlot. The kids, meanwhile, got themselves some pink strawberry sodas and a meal of fish and chips, which was shaped like fish and chips.
Apart from the decor and uniforms, Hello Kitty wasn't really rammed down our throats. The music, however, was something you might associate with the little cute kitty - various tunes played in the single-note "tinky tink" style that made you think you were dining in a child's jewelry box. But overall, the food was fine, reasonably priced, and healthy.

While conducting my Hello Kitty research, I also came across these photos on weirdasianews.com of all the merchandise you may or may not need.


Are you like me and can't get enough of Hello Kitty? Well here's a "lucky eight" bunch of facts about the little white Japanese bobtail!
1. Hello Kitty was conceived in 1974 by the Sanrio company in Japan. Her creators chose to nominate November 1 as her birthday, a gutsy marketing move considering this clashes with Christian celebrations for All Saints' Day. Rumours have long circulated that this was also a secret homage to porn king Larry Flynt and Rick Allen, the one-armed drummer from Def Leppard, who share the same birthday.
2. Sanrio decided that since many of their characters were set in the US, they would make London Kitty's home, although they did not specify how she got there from Japan, what sort of visa she has, and which part of London she lives in. She is, however, known to support Arsenal.
3. Kitty's full name is Kitty White. She has parents in George and Mary, and - who knew? - a twin sister! She's called Mimmy and must be the most embittered twin in history, given the attention paid to Kitty. The question of who emerged from Mary's womb first is a zealously kept secret, although my money's on Kitty.
4. To use the old-fashioned, politically incorrect term, Kitty is 'dumb'. She has no mouth and so can not speak.
5. To use the other meaning of the same old-fashioned, politically incorrect term, Kitty is also 'dumb'. She has been in grade three at school since 1974.
6. In 2008, Japan named Hello Kitty its official tourism ambassador to China and Hong Kong. This was criticised by some as she was the first fictional character appointed to the role. It was considered a coup by others since Kitty had said at the height of her fame that she wouldn't get out of bed for anything less than $10,000 a day. She said it through a spokesman. After writing it down, OK?
7. Any controversy about Kitty didn't put the United Nations off. In 2007 she was appointed a UNICEF Special Friend of Children. The fact she doesn't have a mouth was a major factor in the decision, since she can not be embroiled in controversy for uttering an infamous public gaffe, unlike famous sportsmen, singers, or the Duke of Edinburgh.
8. Kitty and Miffy are indeed enemies who really do hate each other. Miffy's Dutch creator Dick Bruna has suggested the kitten is styled on the bunny he conceived in 1955. The two sides even went to court over Kitty's friend Cathy, who looks even more like Miffy since she actually is a rabbit. Meanwhile the creator of a Belgian cat called Musti says his was the inspiration for both Miffy and Kitty. 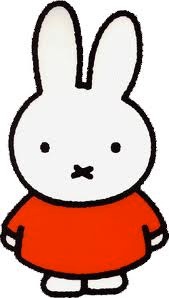 Posted by Trevor Marshallsea at 2:23 AM