Now the autumn looks are in the shops, time to look back on what made it big in fashion in the summer of '12.

It was a season of the bold, the new and the beautiful - especially here. As this collection shows, China's trendsetters proved that after 50 years of wearing Mao suits they have taken their rightful places at the banquet of global style. And their seats are located right on the cutting edge!

"Belly out" aficionados are actually proving worthy wearers of the title Fashion Victims. For this is indeed the style the authorities tried to ban! Leading up to the 2008 Beijing Olympics, China's government called on locals to not roll their shirts up while the city was on show to the world, fearing for some reason that they might be laughed at and called "unsophisticated yokels" or something. Fans of the look carried on undeterred. Rallies were organised mirroring the "Slutwalks" now common in the west. Protesters insisted wearing such clothing was not a sign that they were asking to be ridiculed, adopting as their anthem The Smiths' 1987 hit Shirtlifters of the World.

Oh yes they did.

The look soon caught on around the world, such as with this woman in Vigo, Spain ... 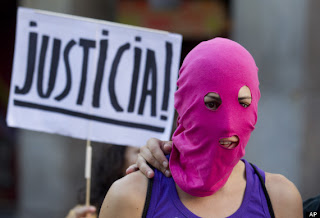 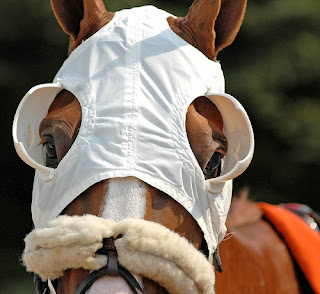 This was, again, the look the fashion police tried to ban. As the New York Times reported, the beach balaclavas were hatched at the city of Qingdao by an entrepreneur seeking to cash in on the desire of many Chinese people to get to the beach but not get tanned. White skin is highly prized by many here as a sign of good breeding. The alternative, dark skin, implies that you or your ancestors had to toil outside - perhaps even on a farm! "A woman should always have fair skin. Otherwise people will think you're a peasant," said a woman who identified herself as Yao Wenhua, 58. We'll have to take her word for it, as she was wearing a balaclava at the time.

After pictures of the gear triggered much mockery on the internet in China, city officials in Qingdao promptly announced a ban on sales. Some shop owners said they were told this was because of concerns about "quality control". One said he supposed the city didn't want people to buy one and then go rob a bank, which sounds completely feasible. Still, beachgoers are fighting for their right to cover up.

It's funny. This correspondent remembers when people in Australia used to campaign to be allowed to wear less at the beach.

* Tune in again next week fashionistas for our next update on trends in the Middle Kingdom: "Getting Round in your Jammies"! 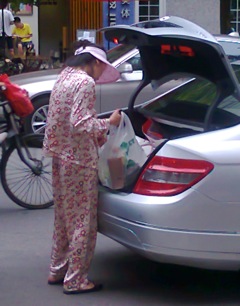 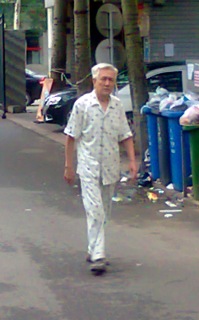 * And tune in this Thursday for more tales from The Tiger Father Does America.

* And for real website about fashion in Beijing, try http://fearless-in-beijing.com


Posted by Trevor Marshallsea at 10:26 PM