It's a lazy old Thursday. For you I mean, not for me. Which is to say that today, we here at the Tiger Father have done all the legwork for you. To put it another way, we've surfed the web for a few hours over some coffee, pulled down a few photos and slapped them up here and knocked off by 3.00pm so you don't have to!

You could call it a "regional news review". I think I will.


Kim told The Tiger Father exclusively that he had three sources of inspiration for the horsey portrait: 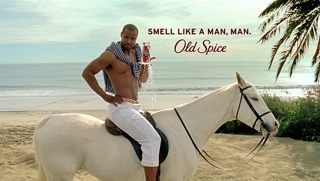 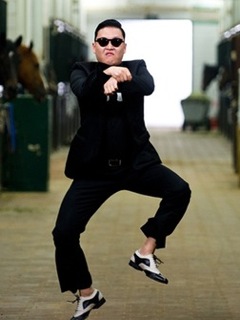 Now the world has sat up and taken notice of the dashing dictator. One US-based website this week declared Kim "the sexiest man alive". The story was so startling it was faithfully reported on the website of the most august public journal there is in North Korea's chummy neighbouring country China - The People's Daily.

Unfortunately, that US website was one that makes up funny stuff, The Onion. But The People's Daily didn't seem to know that. It reported The Onion's spoof of People Magazine's Sexiest Man title as something of a feather in young Kim's totalitarian cap.

Here's how it looked on The People's Daily website, captured (before it was hastily taken down) by Shanghaiist.com.

The People's Daily quoted The Onion's assessment of Kim in some detail.

"With his devastatingly handsome, round face, his boyish charm, and his strong, sturdy frame, this Pyongyang-bred heartthrob is every woman's dream come true. Blessed with an air of power that masks an unmistakable cute, cuddly side, Kim made this newspaper's editorial board swoon with his impeccable fashion sense, chic short hairstyle, and, of course, that famous smile," it said.

"He has that rare ability to somehow be completely adorable and completely macho at the same time," said Marissa Blake-Zweiber, editor of The Onion Style and Entertainment.

The People's Daily then illustrated Kim's attractiveness with a 55-page slideshow of his cutest moments.

All of which proves once again that a sense of humour is a difficult thing to fling across a cultural divide.

2. Sorting through potential public servants by means of an exam ... on their pelvis

The provincial government of China's Hubei province has landed in hot water for making women who want a job in their civil service undergo a pelvic exam and give details of their menstrual history.

A group of university students protested against the bizarre practice outside the government's offices in the provincial capital Wuhan this week, telling the stodgy old men who do the hiring and firing inside: "Hands off our pelvises!"

"We believe that pelvic exams have little connection with the duties of civil servants," one protestor went out on a limb to say. "And they violate the privacy of citizens. Through this demonstration, we call on government departments to drop the examinations."

The Legal Daily reported such examinations were held to disagnose sexually transmitted infections (STIs) and malignant tumors. However, it has also been pointed out that STIs are not typically spread through normal civil servant duties, unless of course those duties involve having unprotected sex.

The Human Resources and Social Security Department of Hubei Province has not made any official comment on the protests. But one government official told The Tiger Father exclusively this was because the demonstrators were quite possibly having their periods and not making much sense and should not be stirred up any further.

A collection of images not just from China, but across the continent I like to call Asia. 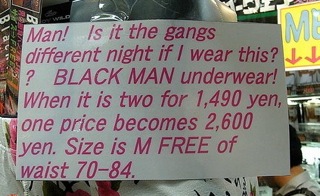 It seems black people are highly admired there. 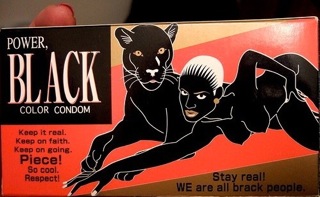 We're not sure what type of condoms would be used by those allowed in the following public convenience: 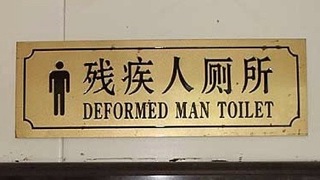 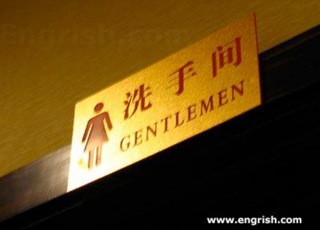 And since we're dealing with issues down south, here's one from India ... 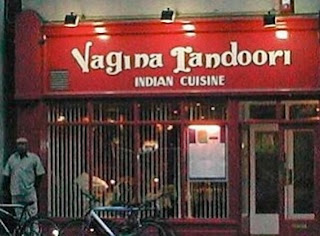 Now who says the People's Liberation Army doesn't have a caring side? 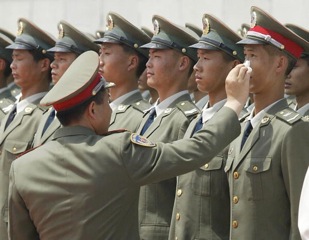 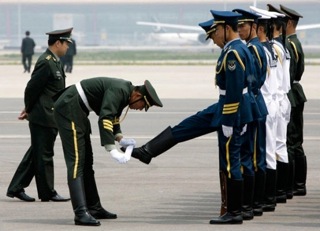 Here's a couple I spotted closer to home this week ...


Millions have been inspired by Chinese people with a can-do spirit like this ... 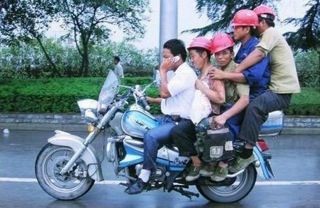 Such as this truck driver ... 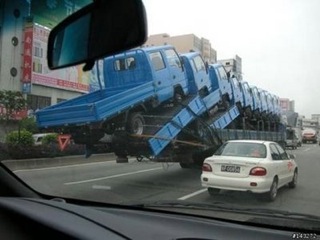 And finally, weirdasianews.com brings us this photo of a shocking toy in Japan which may inspire children to become their parents' worst nightmares ... 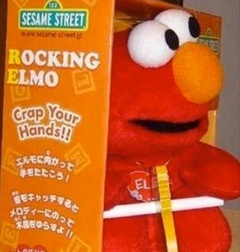 More on Monday, readers! And don't forget, Popular Posts and old less-popular posts are all available down the right hand side of this website if you have a few hours to spare. Go on! Got anything better to do?
Posted by Trevor Marshallsea at 1:26 AM