Let's look at what's been making headlines here in China in the past week.

Or, more correctly, what has probably made it into the foreign press but which definitely hasn't made headlines in the Chinese media, what with its the country's censors not wanting the general public to get up to mischief. Like this stick in the mud ...

Remember that song that went ...

Our house
In the middle of our street

Well I think we've found it! Right here in the Middle-of-the-street Kingdom!

I think it's Madness.

What it is, actually, is the home of Luo Baogen, a middle aged duck farmer who kept mostly to himself in the town of Wenling in the eastern Chinese province of Zhejiang. Normally Chinese farmers are poor. But Luo's ducks must have been extremely tasty, or else they were laying golden eggs, for he was able to build this house which cost 600,000 yuan ($US100,000). Trouble is, the Wenling government decided to build a new road to the town's train station, which would go right through Luo's neighbourhood. Everyone else sold out. But not Luo. He wasn't about to accept the local government's measly compensation offer of 250,000 yuan. Strangely for China, where the rights of the individual run a pretty poor second to the bigger picture, the government let his house stand, and built around it.

Luo's plight went to the press. Photos went around the world, as real estate pundits argued about what should rightly be the median strip price of a house in China.

Luo dug in. He posed for the following photo for the international media. While contentious things can't be said publicly in China, most people instantly recognised it as a pointed re-enactment of one of the most famous works of one of the world's most subversive, free-thinking artists ... 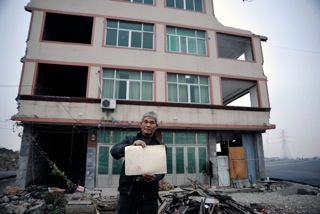 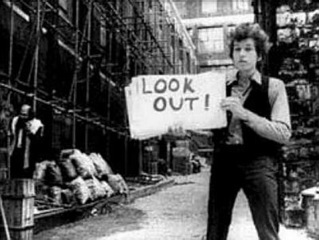 Luo's stance rekindled memories of other great moments in Chinese trenchant homeowner history, where householders have refused to give way to the country's rampant modernisation.

Such as this man in Chongqing ... 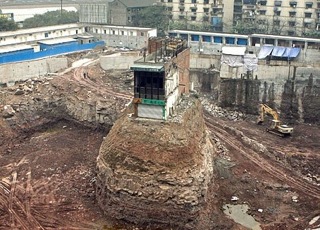 And this man in Guangdong ... 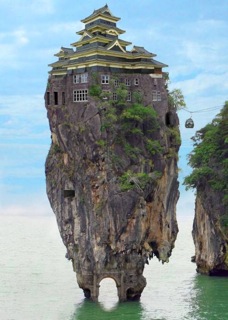 The owner of this Chinese house was also suspected of "not bowing to commonsense". 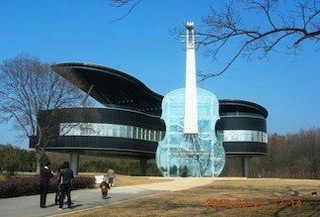 Finally, Luo's dispute ended. Perhaps influenced by having seen how Chinese traffic runs without houses in the middle of the road, he decided to get the hell out of there. Luo reached a financial settlement with the authorities last Friday night. Early next morning, the demolition crews moved in. 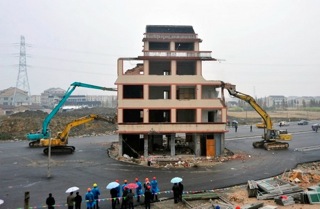 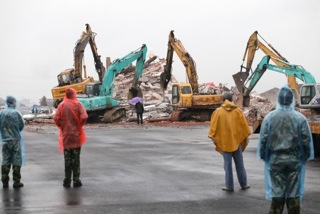 Within a few hours it was gone and its foundations tarred over, and traffic began to move ... well it probably moved just the same as it had been, swerving hither and thither all about the road.

(Thanks to Chinasmack.com for these photos and reportage by a man who seems perfectly suited to China, even though he might have fitted in better during the Cultural Revolution, when many professionals went shoeless ...) 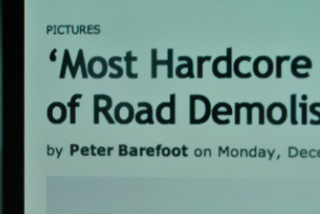 Most mainland Chinese will not have heard of Wyong, a town just north of Sydney.

In fact, most Chinese living in Sydney won't have heard of it either.

But they're about to, because the local council there has approved plans for a half-billion dollar Chinese theme park to be built there.

Not as in the kind of theme park you see in China, with rides shaped like dragons et cetera, but a theme park celebrating the Chinese. And they're not doing it by halves. Centrepiece of the park will be a life-size replica of the front gates of the Forbidden City!

The radical idea, by a company called the Australian Chinese Theme Park Pty Ltd, will be to take a bit of Beijing to bucolic, coastal Wyong. 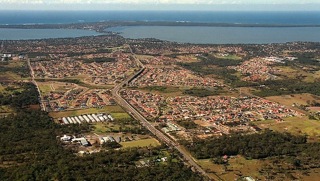 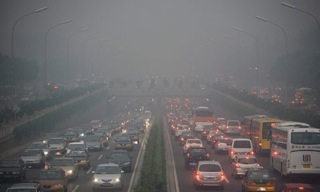 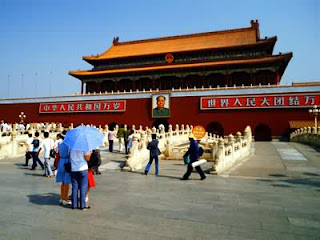 Lifesize! Eighty kilometres north of Sydney. There will also be a nine-story tower housing a giant statue of Buddha!

Apparently not. The park plan was reported in the Sydney Daily Telegraph, although the name on the article might have suggested it was a prank.

The tourist attraction will also feature pavilions dedicated to the Tang and Song dynasties and the typical forms of excitement they have brought theme parks, such as calligraphy.

The park is set to open in 2020 and is forecast to lose money hand over fist.

But the gist is that in the racy southern city of Shenzhen, where anything goes, the competition was held last week under the auspices of Auhuirun.com, a leading manufacturer of marital aids. That's what we used to call sex toys when I was young.

You'd better look it up yourselves if you like this sort of thing. But you'll see pictures of a bunch of 10 men standing around holding red buckets in front of their privates and administering a little self-help. Some are wearing ugly masks. OK I can show that bit ...

Meanwhile, nubile, scantily-clad young women stood around in front of them, brandishing some of the sponsor's products, including an inflatable lady.

The event was said to have been organised "in honour" of World AIDS Day, December 1. Perhaps the meaning was that if noone else is involved, then sexually transmitted diseases can't be transmitted.

(If you're really keen, you can see for yourself on shanghaiist.com. OOPS! Well, you could before, but I've just checked and it looks like it's been taken down. So it was too hot a story for a China-based website after all. It's still up at huffingtonpost.com, however, at ...
http://www.huffingtonpost.com/2012/12/03/chinese-wankathon_n_2232063.html).

Thanks for reading, readers! More next Monday, with our lengthy, heavy-going pictorial special How to Make Christmas Cards (look like they were done by your kids).

Posted by Trevor Marshallsea at 3:35 AM