I sit around all day surfing the web, trawling for hot news stories, looking at funny photos, playing games and stuff, so that you don’t have to.

US up in arms over China
auto rip-off

By A Special Correspondent

CHANGCHUN, April 25 2013 – US intellectual property chiefs are gearing up for their biggest battle with China to date – this time over a new and audacious rip-off in the automotive industry.

A make of car almost identical to a popular American model has appeared on the streets of China’s auto manufacturing capital Changchun, in the country’s north-east, inflaming Beijing’s ever-delicate relationship with Washington.

Auto designs between different manufacturers have had certain unavoidable similarities according to style trends throughout history. But the latest Chinese example – clearly taken from a well-known California-made model – has been called “beyond the pale” by I.P. lawyers in the US.

“We believe that this is one of the most flagrant breaches of the Paris Convention for the Protection of Industrial Property we've seen to date," said US Secretary of State John Kerry.

“We’ve made representations to the Chinese Government time and again on this sensitive issue in order to protect the interests and intellectual property of American car manufacturers, whose plight since the 2008 financial crisis has been well documented.

"Yet our message continues to fall on deaf ears.

"The full weight of the Unite States Government's Department of Justice will be brought to bear in this matter.”

Auto industry experts say even the most cursory glance at the offending vehicle shows why the US has cried ‘enough’.


Despite their weighty tone, Washington's warnings drew little reaction last night from the controversial car's manufacturer, Mr Wei Ai Lie, who insisted he had built it himself in his own living room/bedroom/house.

Mr Wei, an unemployed 45-year-old fashion designer, said he had made the no-door sedan from  a concept hatched entirely in his own imagination, and with parts assembled entirely from rubbish dumps around Changchun.

"I know in my heart that this car is all mine. The slant engine, fuel injection system and bamboo chassis are all my original designs.

"The Americans can come at me with everything they've got. Have at it,  Kerry."

The case is expected to be high on the agenda during Kerry's talks with Chinese counterparts on his next visit to Beijing, unless he is sidetracked again with trying to stop North Korea blowing up the world.


The Changchun vehicle is the latest in a series of Chinese auto innovations to have at least raised eyebrows in recent years.

Oh hang on. I'm sensing a theme. Was this another design ripped off from Hanna-Barbera? 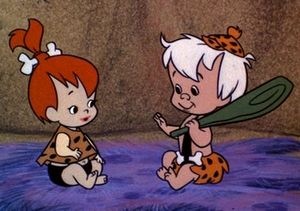 Posted by Trevor Marshallsea at 10:31 PM