THAT SPECIAL DAY IN MAY

IT’s a special and sentimental weekend coming up readers - one of the favourites for this house husband, and a cherished fixture of the calendar for families in many corners of the globe, if globes had corners.

It’s a day that’s been marked for 140 years now, one with many memories and, yes, more than a hint of romance.

For yes, in only a couple of days kettles will be put on, flowers will come out, and millions of people  around the world will come together to watch the FA Cup final.

That this wondrous knock-out football tournament is a hotbed of romance is well known. Sometimes you could cut the romance with a knife. A massive 758 teams from across England – including amateur pub outfits filled with brickies, plumbers and librarians pitted against some of the giants of sport – have been whittled down to just two.

Florists always do a roaring trade at this time of year. The managers of both finalists traditionally wear a rose in their lapel for the big day, as do many fans in the stands and at home. It all adds to the lustrous appeal of this one day in May.

Who knows what will happen?

Well, probably Manchester City will win by about six goals. But still. It should be memorable.

And here, to help you enjoy it, is this special edition of …

Want to look posh this FA Cup final day by wearing a rose in your lapel?

But you can’t afford it?

Thankfully the Tiger Father is here to help. And so is the world’s oldest civilisation. And its vegetables.

Take one or two of these …

Perhaps you're from Yorkshire, and would prefer your rose white?


Want to look pretty in pink for the big match?


If you're from Lancashire and need your rose red, soak in food colouring.

And cheer up. Miserable sod.


Now mush up some blue tac, and put it on your chest, and stick your bok choy rose on! 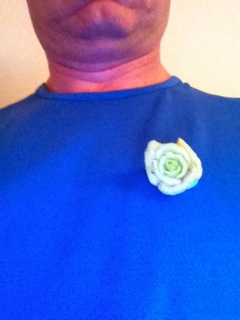 You're good to go for the football, looking well posh.


If they don't, show them your food colouring and tell them your aunty lent it to you. 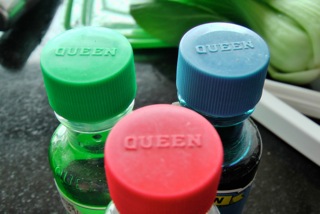 So there you go - a quick way to celebrate and save! Also good for weddings, funerals and proms, without breaking the household budget!

Next week: How to make an inexpensive scouring pad using old stockings and nail clippings!


Ed's Note: Good luck to all those with an interest in the big game. In case you're wondering, as I'm sure you are, your correspondent doesn't support a team in the final. Instead I'm wearing blue in the photos above because I support Leicester City, who are now in the play-offs to decide who gets promoted to Premier League next season. If you enjoy reading my website, I shall ask you to return the favour by getting up at 2.30am tonight, Beijing time, to follow Leicester's crucial match against Watford with your fingers crossed. Thanks a lot.

Now I'll leave you with a shot I found on the web of the Leicester playing uniform, as modelled by the city's most famous (skeletal) resident, King Richard III. 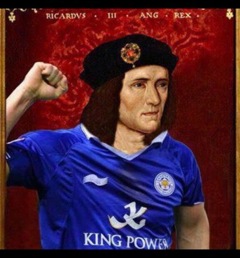 (PS: There's more below, on Two Bit Thursday).
Posted by Trevor Marshallsea at 1:44 AM