I've never been one for the annual round of self-flagellating personal improvement pledges known as New Year's resolutions. I've usually just stuck to one: "If it ain't broke, don't fix it."

But this year in the parallel universe that is Expatland, China, a freaky celestial event is happening. We get two New Year's Days in one month! The Chinese one comes up on January 31, while the western one this year fell on January the first.

If my memory of school serves me, this could very well be what's called a Blue Moon. And since that fits my schedule for making New year's resolutions exactly, I've turned over a new leaf to make not just one but a whole bunch of them. These I can use, as father figure, to make our family fulfill the slick new motto I’ve decided for us: Go like a well-oiled machine in 2014.

Feel free to cut them out and put them on your fridge to make yourselves better people too. In fact, I'd recommend it.

This year I resolve to:

In regard to my children's mother mother, I vow:

So there it is - a fairly comprehensive list, I’m sure you’d agree.

Come to think of it, it's very comprehensive. That’s a lot of change for one man in one year. I mean, my wife married me for a reason, right?

Maybe I’d better procrastinate on it a bit longer. We don’t want to go overboard.

After all, “well-oiled machine” also rhymes with 2015. 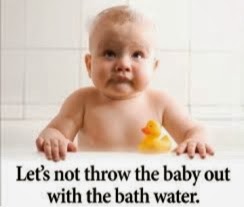