YOU CAN HURRY LOVE!

WHEN I became a father of girls two things happened. Half the population laughed and rubbed their hands together, chortling that I’d get my just desserts for how I’d treated their people as a single man.

The other thing was I had to decide what approach I’d take to parenting. It seemed a simple choice between two sets of values. At the one extreme was Victorian. Way down at the other extreme came Edwardian.

In time, though, I opted for “groovy”. I realised as the girls grew up there’d be no use fighting what the heart wanted and nature demanded. I decreed the two of them could start dating as soon as they turned 30.

But this Valentine’s month I’m reeling in shock. Our eldest, Lani, is only eight but already the heart-tingling idea of love has reared its ugly head. It’s only the third grade but boyfriends and girlfriends are all the rage. In the wonderfully transparent style of that age group, the targets of “crushes” have been firmly decided, and publicly declared in formal announcements.

There’s also a game, a bit like Truth or Dare, in which girls have to nominate boys at school in one of four “categories of the heart”. It’s called Kiss, Marry, Punch, Kill. When I heard about this I felt I had to step in and say something. It baffled our girls a bit but I explained that when we grow up we usually attach ourselves to just one person, and that that person ticks all four boxes. They’ll learn.

I didn’t start with girlfriends until the ripe old age of 10. And contrary to a wealth of public evidence, I treated women very sensitively indeed in the years before I married. And then I stopped. No. You know what I mean.

It all started at a grade five school camp, where everyone acquired a girl/boyfriend as a grown-up thing to do while away from our parents, and with all the grace of piranhas on a carcass.

My best friend was a girl, Kerryn Johnstone. It seemed we were sat next to each other every year. I figured this was fate, that our hearts should beat as one, and that we should soar together like swans. Or maybe lobsters. It wasn’t until years later I fully understood. We were sat together because of alphabetical order.

Kerryn and I decided we should naturally become boyfriend and girlfriend, or "go with each other", in the language of the time. The result, of course, was the immediate cessation of all contact. We could no longer be seen within 50 meters of each other for fear of being teased. This went on for several weeks. It was a huge relief that our relationship finally got back on track when, also in the language of the time, I "dropped" her.

Leanne Miller was next. She’d asked me to go with her four times before I acquiesced, telling her softly that it was her “reward" for having "guts”. After a few weeks of more no-contact I knew this one had also run its course. I respected her, however, and felt it needed to be ended nicely. So I asked my friend Eddie Foster to do it.

Eddie rose to the task without a moment’s hesitation. In hindsight I wish he had hesitated, because at that moment we were a good 20 meters from our class line-up when he screamed: “Hey Miller! You’re DROPPED!”, and the poor girl shrank while everyone laughed, etc etc.

I had my own heart broken in turn a few weeks later by Sonia Favero. I loved her so, and had fantasies about her. Being 10, these consisted mostly of me picturing myself taking out the bins, without complaint, at the home we would share when adults. But that ended abruptly when Sonia done me wrong with an unforgivable act of betrayal. She had her hair cut short.

Nowadays, though, even the third graders are into it. But as lunch with Lani and her friends revealed, even at that age love is a battlefield.

One girl had been convinced a particular boy was her soul mate, and that they should be together "4 eva", until she made a shocking discovery. “Was he seen with another girl?” I asked. No. Far worse. He was seen wiping his nose on his sleeve.

Another boy had asked Lani’s friend out on a date. I asked what a “date” could possibly mean at that age, and was told that - “D’uh” - it meant a trip to the movies. This seemed very grown up, but still the plan was scuppered by a problem fairly common to the eight-year-old.

“He hasn’t got any money,” the friend told me. “So he said he couldn’t buy me popcorn. I’m not buying my own!”

Another girl was similarly dismissive of Lani’s crush interest.

This girl was even able to inform the group what sex is, owing to the fact she possesses that most useful of things, a big brother.

“Well, the man lies on his back and the woman gets on top of him,” she said. “And then the man puts his penis in the woman’s vagina, and he stays there for about an hour and then he takes it out.”

Thankfully, for my wife was there, the big brother’s credibility was soon dashed by another revelation. It’s a fair bet he’s the only person alive who knows what sex is - give or take 58 minutes - whilst still believing in Santa. 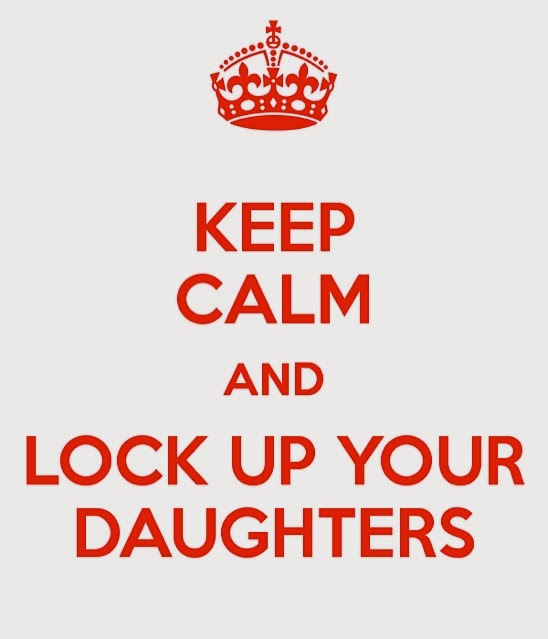 Posted by Trevor Marshallsea at 1:39 AM